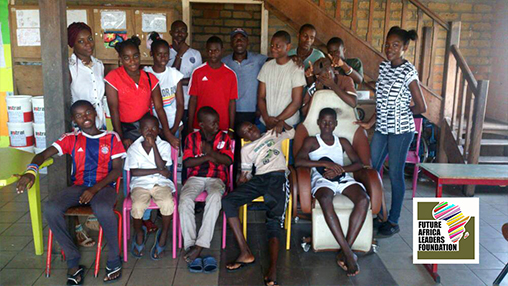 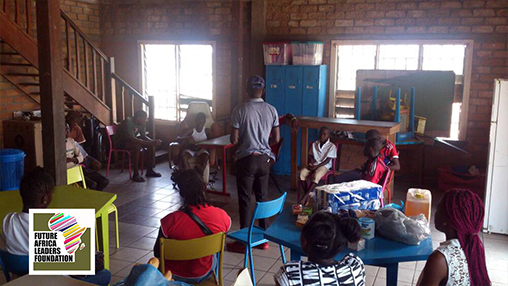 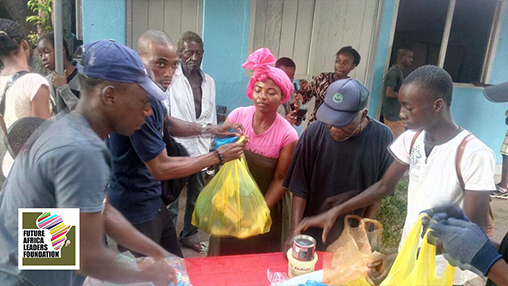 Moussavou Moulengui  Vanola Jhessy, a nominee of the Future Africa Leaders Awards from Gabonese Republic (Gabon for short), a small country by population size with about 1.8 million people, with population rate hovering around 1.9%, blessed with natural resources; and a major oil producing country in Africa today.

Despite the nation’s propitious gains, most of its habitants are confronted with deteriorating health issues. Moussavou Moulengui Vanola Jhessy realizing this unpleasant situation took up the responsibility of improving the livelihood of the people. To promote  good health  and well-being; one of the 2030 United Nations Sustainable Development Goal (SDG), he commenced the “GO INITIATIVE” where 30 orphans were reached out to and patients of Tchengue Hospital were ministered to and made well. Beneficiaries received food items and toiletries donated to promote self-hygiene. Materials to improve their health and faith in God were distributed.

He also pioneered “GIVE TO THE OLD INITIATIVE” aimed at reaching out to the older persons. 12 old people from the Old People’s Home benefited from this initiative. Works as regard plumbing and electricity are currently ongoing to improve the living standard of the old people. He has also successfully advocated and raised funds for the upkeep of the Old People’s Home.

Moussavou Moulengui Vanola Jhessy also organized a regular a cleanup campaign with his team at a catchment area with four highways. Over 150,000 inhabitants have benefited from this exercise as they participated with fulfillment of heart in keeping their surroundings neat. This campaign tagged: “KEEP OUR SURROUNDING NEAT INITIATIVE” is gradually invading schools. Educational institutions are embracing this initiative and this is all in the bid to ensure that proper sanitation is maintained.

Moussavou Moulengui Vanola Jhessy has indeed made an indelible mark and greatly contributed to the improvement to the health situation in his community.