CLEANING EXERCISE IN THE CAPITAL CITY OF ANGOLA, LUANDA. 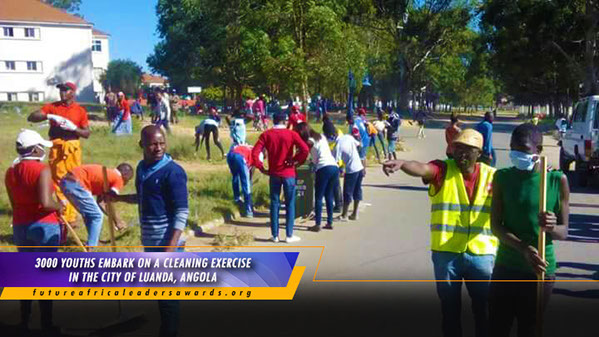 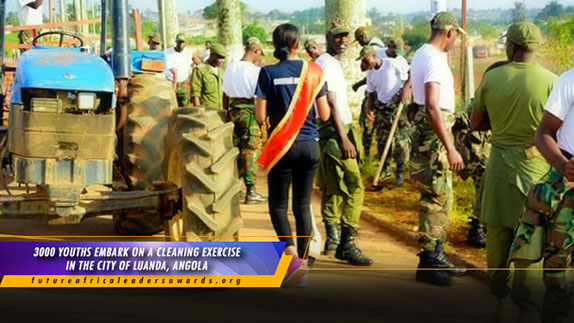 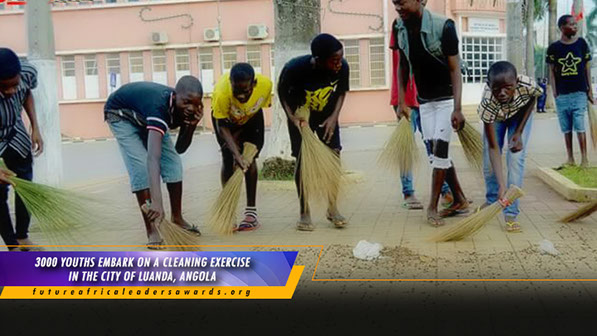 Emmanuel Kanhanga, 22 years old, young, dynamic leader from Angola, who recently receive a recognition of future Africa leaders nominee Awards from the president of Believers Loveworld Inc. Rev. Chris Oyakhilome. From the burden of keeping his country clean, he organised a cleaning exercise in the capital city of Angola, Luanda.

In the course of planning for this exercise he mobilised 3000 young people to participate in the cleaning exercise. This cleaning exercise targeted mainly to motivate healthy environment, and strengthen the cleanliness system mainly in the rural and urban areas and spreading the benefits of a clean environment among all the people. The governor of Luanda was happy when Emmanuel requested for permission to clean the city. He declared that he had been looking forward to the emergence of young people like Future Africa Leaders Awards nominee Emmanuel for such initiatives. He granted him permission to use the trucks and cleaning equipment/materials.

Emmanuel publicized the cleaning exercise on radio and TV, emphasizing the importance of keeping their city clean and he was able to mobilize several young people to join the cleaning campaign. Over 500 young people came to join the exercise because they were inspired to see a young guy passionate about the well being of the country and the other 2500 people came to join through the house to house publicity he did with his team They went to various locations of the city for the cleaning, and it was really amazing, as many young people were glad to join this initiative. The daughter of the President of Angola lauded the initiative and asked him whether he could extend the cleaning exercise to the states.

This cleaning exercise will benefit  Angola in several ways,  many business investors would      be motivated to invest in Angola, which would indirectly raise the overall GDP growth, attract    tourists from each corner of the world, an increase in the employment sources, increase savings by   reducing health care costs, reduction in life taking diseases, which would hence minimize the death  rate. If each and every one of us devotes themselves to this cleaning exercise, then without fail     Angola would be counted in the cleanest countries list by the end of 2019.

Emmanuel remains a trailblazer who continues to inspire young people for laudable community impact.The cleaning exercise inspires and empowers individuals and communities from every corner of the country to make their environment a cleaner, healthier place to live.