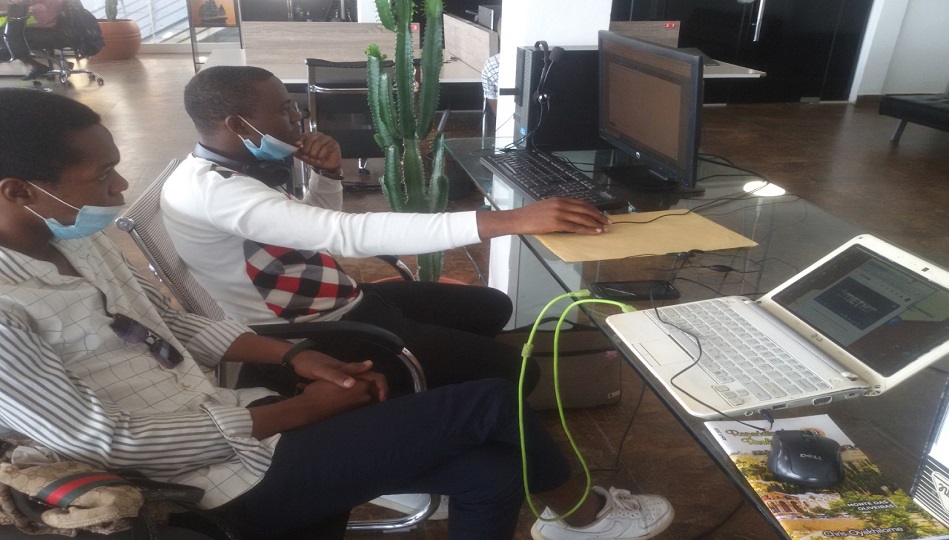 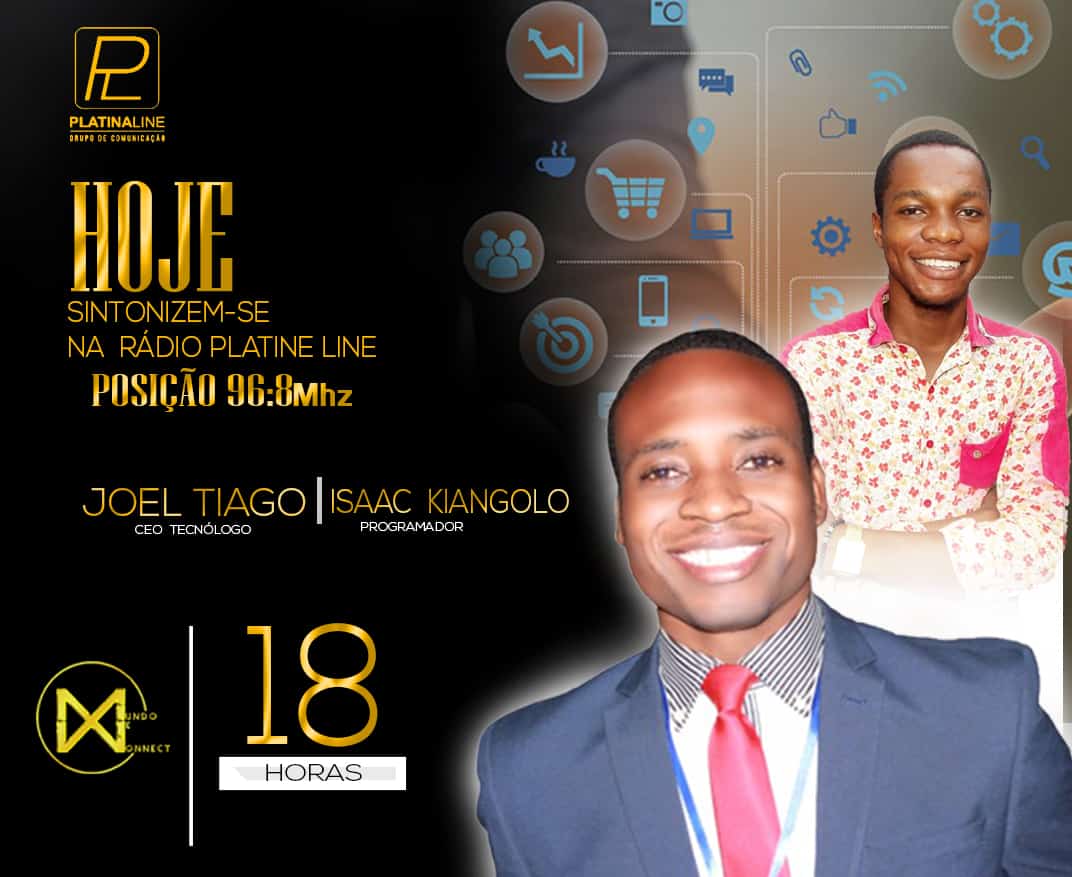 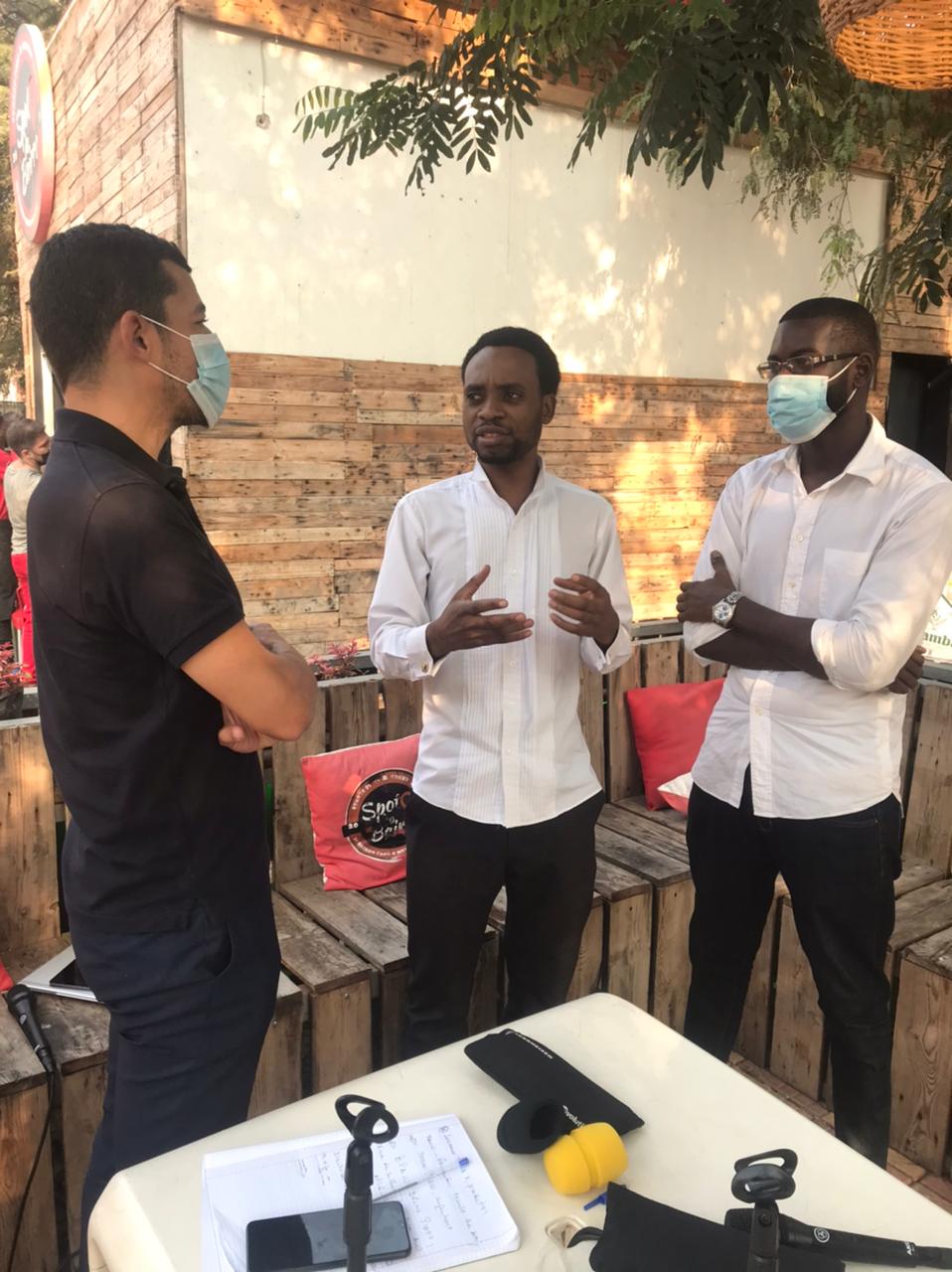 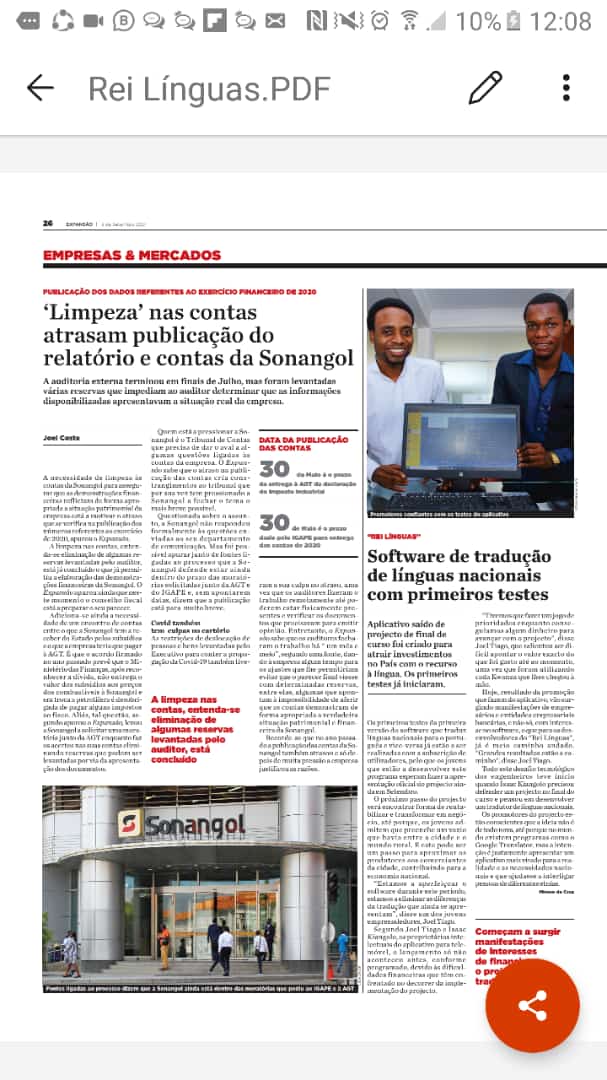 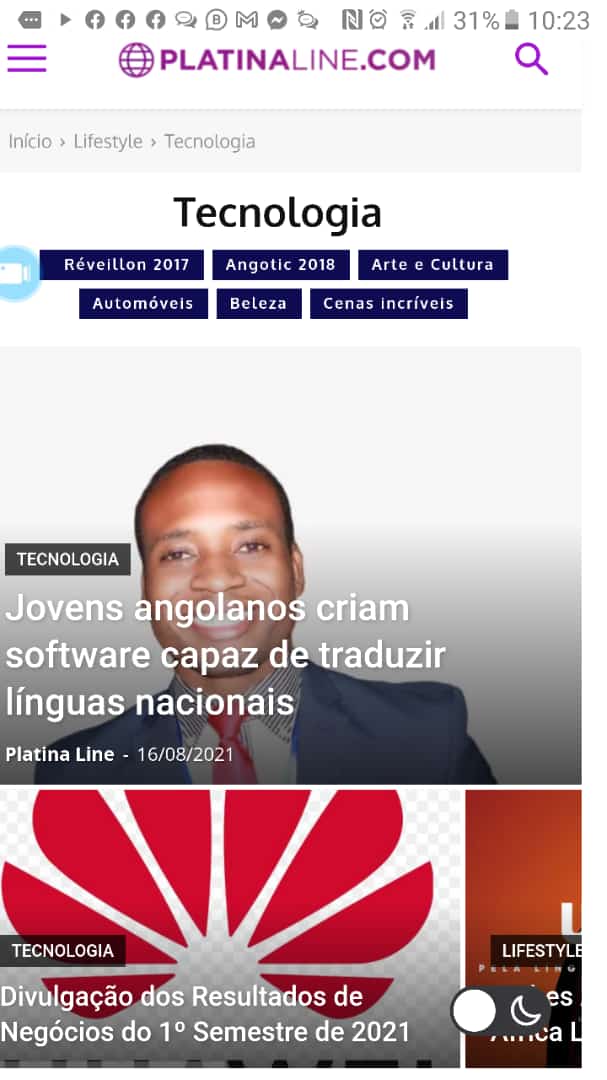 Tiago Joel, a 2016 FALA winner and LIA influencer, collaborated with Isaac Kiangolo, a computer programmer, to create an application software called "Rei Linguas." The main objective of the software is to translate and help the Portuguese, Brazilian, and Chinese communicate effectively with the people of Angola.
The software has been trending in different platforms such as radio stations, websites, social media platforms, press newspapers, e.t.c, because of its ability to translate both national languages in Angola and other countries. The software has really helped in promoting business transactions among citizens of the country. It has reduced the communication barrier between foreign traders and the people of Angola. Also, it has greatly increased the country's gross domestic product.

Congratulations to Tiago Joel and Isaac Kiangolo for this remarkable achievement!