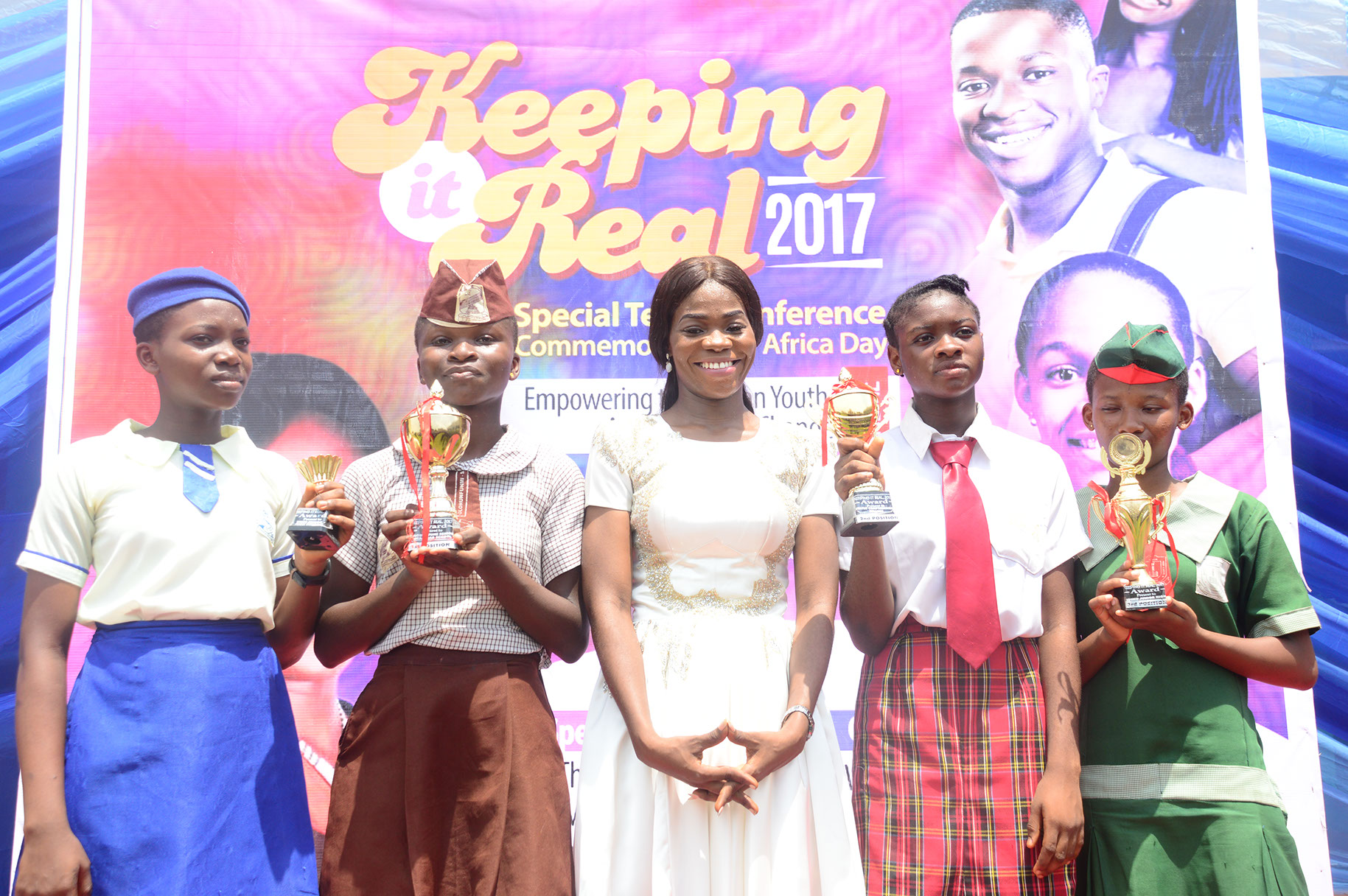 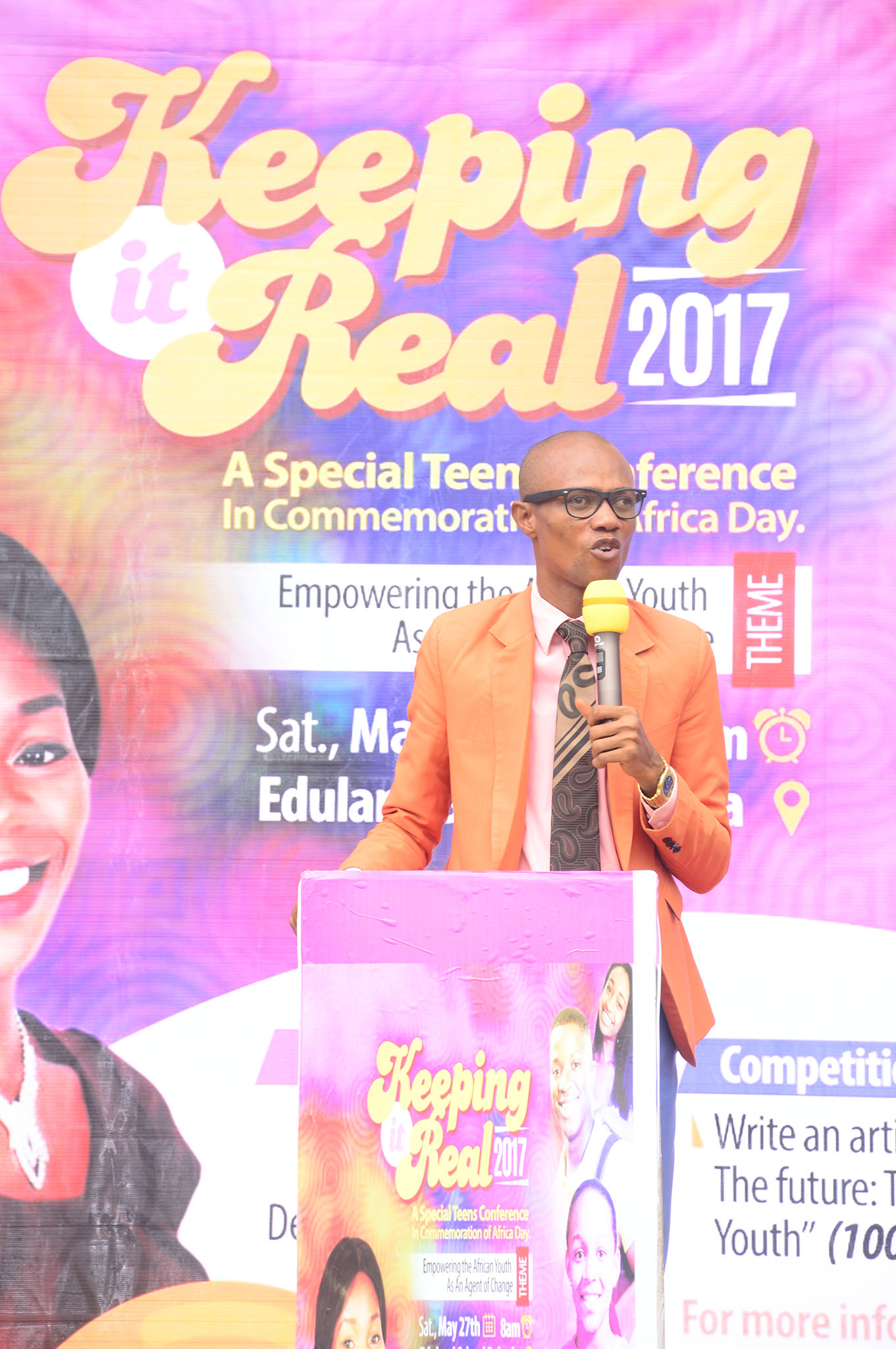 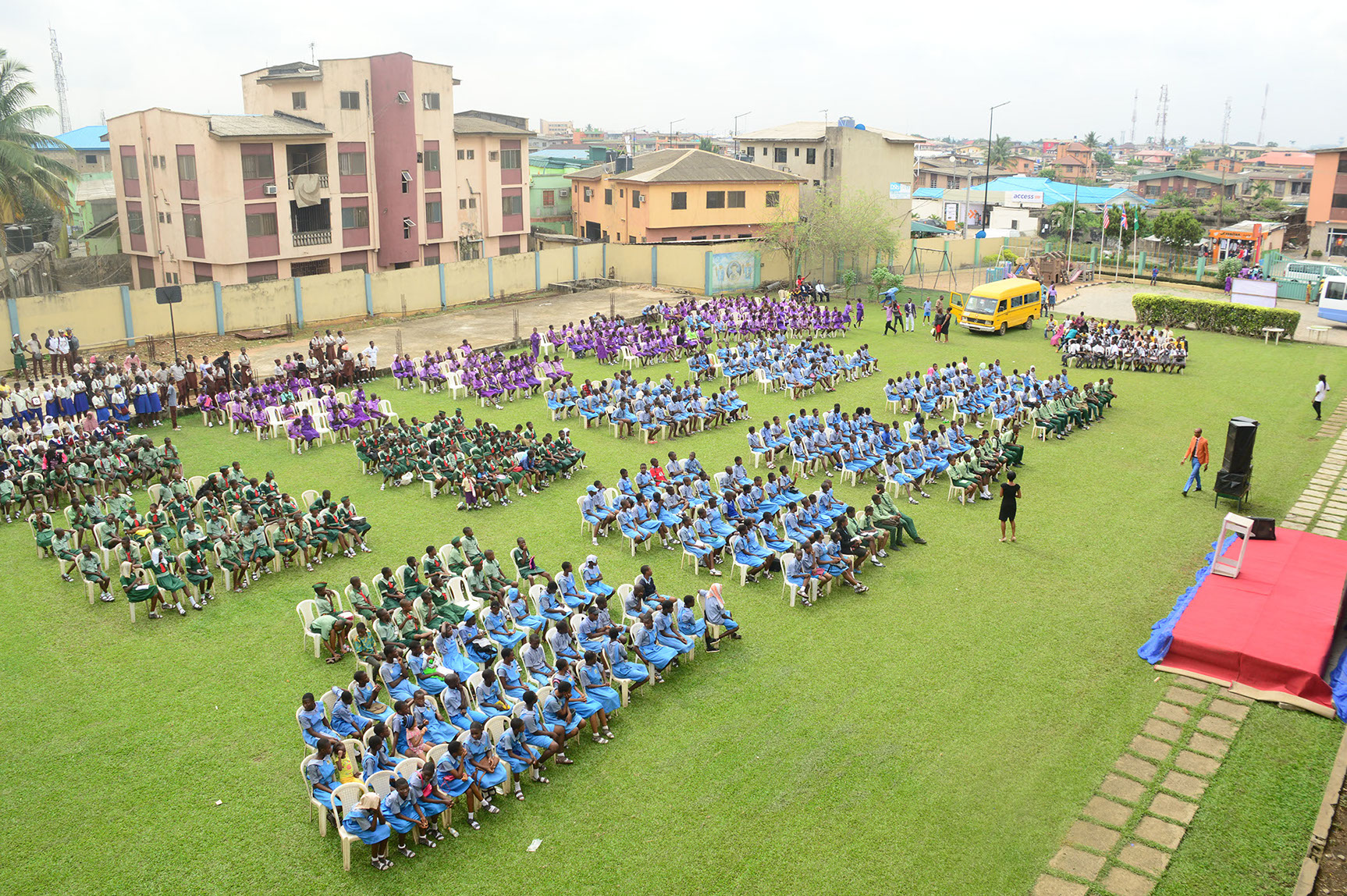 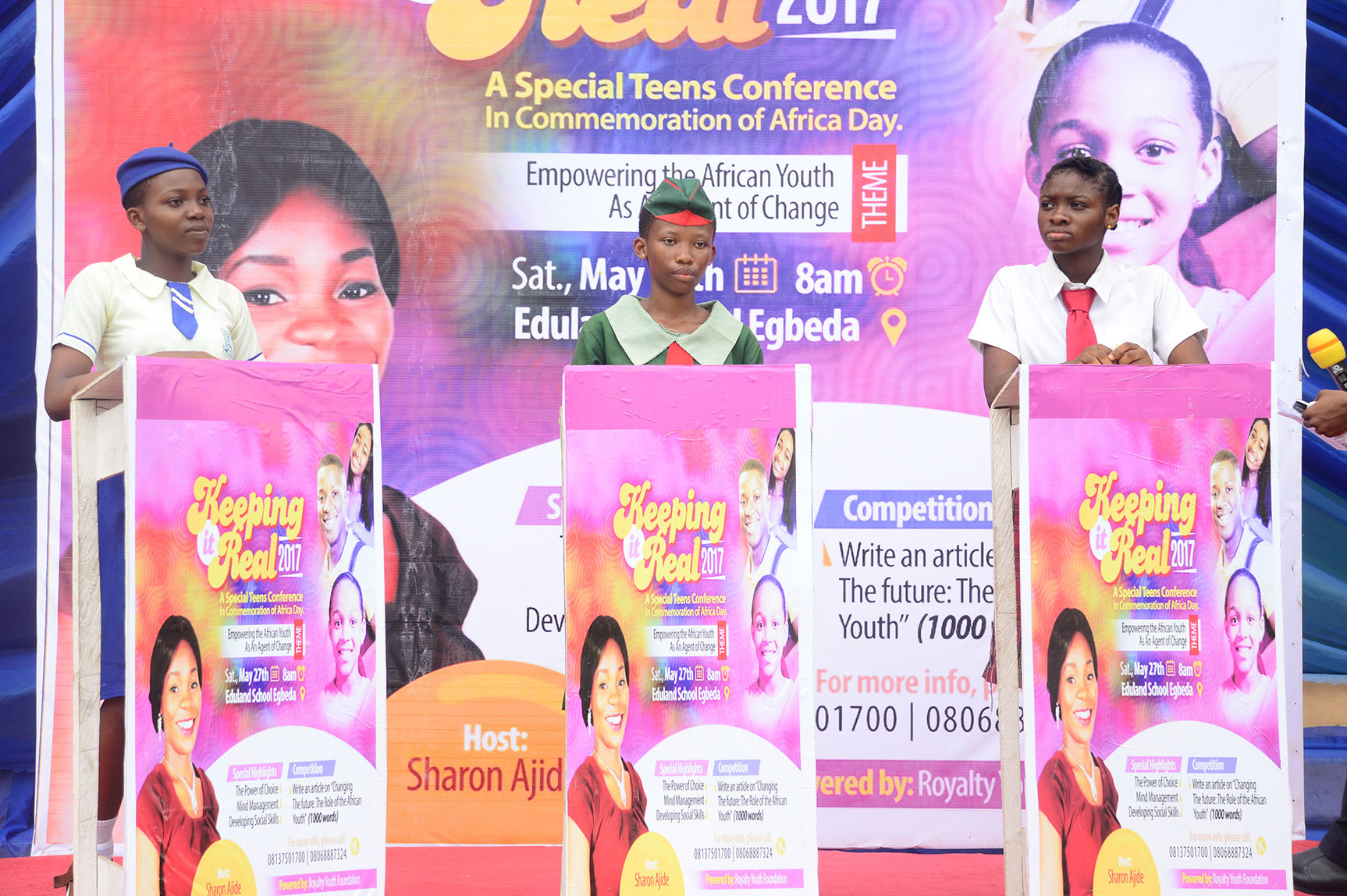 2013 FALA Star Prize winner, Pastor Sharon Ajide, organized the 6th edition of the Keeping It Real conference in commemoration of the Africa Day celebration 2017. This year’s edition was indeed phenomenal as teenage boys were also present and participated in the program; the Conference which held in Eduland School field had over 3,000 young people from 30 secondary schools in attendance.

The program kicked off with a welcome address to prepare the minds of the students for the life-changing program. The schools present were specially recognized and they showed great excitement as their expectations were raised for great impact.

The first lecture was delivered by Bro. Emmanuel Okojie on the topic, “The Importance of Education: Why You Should Stay In School And Stand Out”, followed by a discourse on “The Positive Use of Technology” by  Samuel Zion.

The students were inspired as they listened to 2016 FALA Ambassador, Wisdom Jacob, who taught on staying focused as a teenager, using himself as a case study. And 2014 FALA Ambassador, Samuel Jackson, shared on Empowering the African Youth as an Agent of Change. The lectures brought to the mind of the students a new perspective of seeing leadership in Africa, challenging them to take on leadership as a young person and becoming positive agents of change in their communities.

The meeting got more exciting as the convener, Pastor Sharon Ajide, dealt with the topic Be Fired Up For The Future: Making The Right Choice. This was an eye-opener for the students as they began to understand that they are the future and the change the world is waiting for. Many of the young people showed excitement as they took down action notes that they will begin to carry out in their communities.

Pastor Sharon, after the teaching, made an alter call, making them understand that in all they do, Jesus must be Lord over their lives; this resulted in 1,720 students receiving Christ.

The program got to its peak as selected students from 6 secondary schools who had gone through a vigorous screening process had a discourse on the topic Changing The Future: The Role of The African Youth.

These inspiring young students expressed their ideas, innovations and creativity as they spoke about their role in nation building, in changing Africa and changing the world; listening to the young people inspired many other students to  come up with ideas to take positive change in their world.

It was indeed a very educative and inspiring meeting for the students and from the feedback received from teenagers and teachers present, there will be a birth of a New Generation of African Leaders. Glory to God!